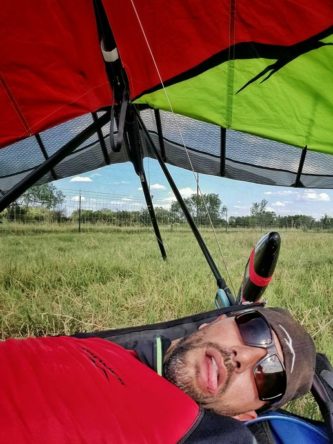 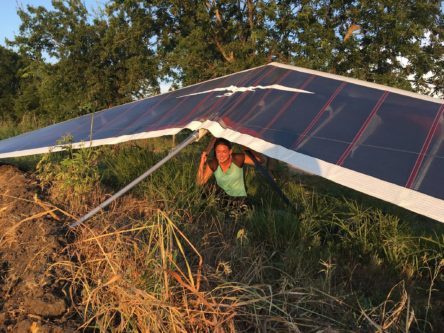 Day 2 Middle of Nowhere, Texas
I woke up this morning feeling pretty good about flying today. The conditions were not going to be epic for this location but they were better than yesterday. The task I set was for Utopia, Texas 255 km/158mi away. I didn’t know if I was going to make it that far but I needed a waypoint to fly towards to stay on track. I launched 4th for the day around 11:30-12. I was told that conditions were a little rowdy getting out of the field, which made me happy because there would be lift around us. I pinned off around 2,000 ft in what I thought was weak lift. Once off tow I realized that what I was in was a bunch of trash that I couldn’t do anything with. So I went downwind searching for something to get me up. I wasn’t finding anything and the lower I got the more I thought about relighting. Next thing I know I’m at 1,000 ft trying to make it back to the airport. While gliding to the airport I was trying to judge if I had enough altitude to make it over the fence or I would have to land short and breakdown. I had a feeling I was going to be short when I felt a little surge and my vario went off. I quickly analyzed the air and made a decision that it was good enough to turn in. I checked my altitude so could verify if I was indeed climbing, I was at 380ft. Each turn I gained a little and then a little more until I was able to center the thermal. Next thing I know I’m at cloudbase looking at the Texas sky in awe of the all the cloud streets. Up ahead it literally looked like sky highways that would take you any direction you want to go. In the distance I saw Nate climbing under a nice cloud and decided to head his way. Ty joined up with us shortly after and the three of us flew together for a bit. Soon after the three of us all decided to go separate ways and there I was flying alone. It was slow going for the first 50km/31mi taking me nearly 2 hrs to cover that distance. Around 190km/118mi from goal the lift started getting stronger with climbs around 500-600ftpm. I felt like the day was turning on and decided to pick up the pace a bit to make up for the slow flying earlier on. The next 80km/49mi were pretty much a blur with good climbs and high cloudbase. I was slowing going to the right of course line during the flight to avoid a big blue hole. At one point I found myself 15km/9mi off track. Going to far right would fly me into San Antonio airspace which is not good. I decided to dive out into the blue hole in hopes of finding a climb that would give me enough altitude to reach the next cloud street. While gliding in the blue hole I watched Mick blaze under the cloud streets I just left. The blue hole almost decked me but I manage another low save over some dried corn fields. From that point on I got high and I thought I was going to land multiple times. I managed to make it 228km/141mi landing in a nice field next to a paved road for easy retrieve. New personal best and new distance record for the Gecko! Wow Texas what a place to fly! 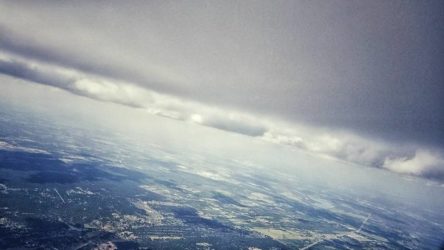 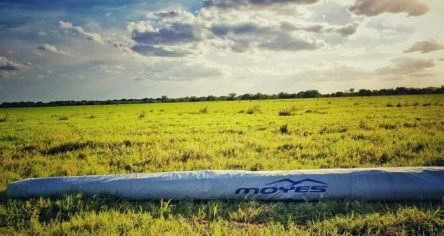